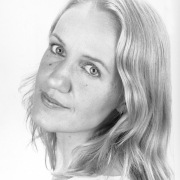 Yvonne Chartrand is a contemporary choreographer and dancer as well as a national award-winning master Métis jigger. Her ancestors come from the Métis community of St. Laurent, Manitoba.

Born and raised on traditional Algonquin territory, Eloi Homier usually dances, canoes, and stargazes on the unceded territories of the xʷməθkʷəy̓əm (Musqueam), Sḵwx̱wú7mesh (Squamish), and səlilwətaɬ (Tsleil-Waututh) Nations. Everything Eloi undertakes – from dance and theatre, to storytelling canoe adventures, to sash-weaving, to astronomy (under the pseudonym Moon Guy Next Door) – has its raison d'être in his search for authentic identity.

With family lines stretching back 400 years and beyond on the territory now called Québec, Eloi is on a lifelong journey to weave his distant Gallic origins with his sprinkling of Wendat, Abénaki, Algonquin, and Nipissing roots in a way that gives a voice to his ancestors. 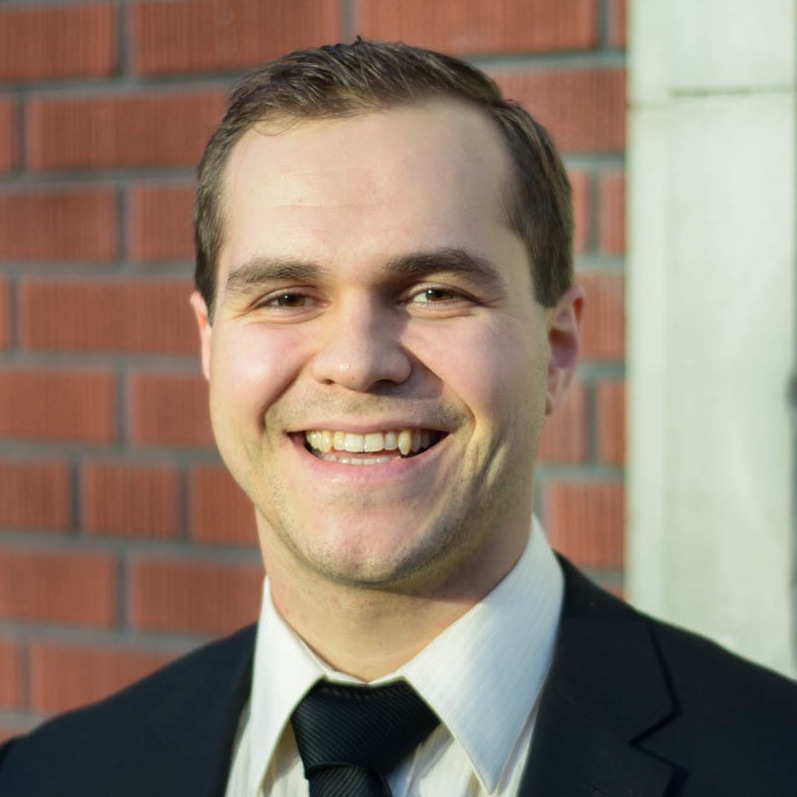 André Gerard Lyall Bessette has been a grateful guest on the traditional unceded territories of the Tsawwassen, Squamish, Tseil-Waututh, Musqueam, and Lekwungen Nations since his birth. His ancestry included French, Scottish, Croatian, Cree, Anishinabe, and T'suu T'ina. Métis Elders tell him he is really Métis.

André has dabbled in lindy hop, salsa and high school dance moves. He began training with V'ni Dansi less than two years ago. Jigging has become a pride and honour for André. He plans to continue jigging until there ain't no brooms to jig over. André is involved in Vancouver's Indigenous community as a board member of Urban Native Youth Association. He participates in the Native Education College Dragon Boat Team and has been involved with North Fraser Métis Association and Métis Nation BC. 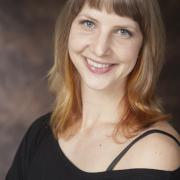 Julia began her intensive movement training at Arts Umbrella, in 1996, when she became a member of their dance company under the directorship of Artemis Gordon. She now holds a B.Sc. Biology from Acadia University, an MA in Dance Performance from the University of Limerick (Ireland), received the Vancouver Foundation’s 2004/2005 Advanced Arts Study Award to attend the Ballet BC Mentor Program, and was hired as an apprentice for EDAM's 2007/2008 season. Currently, Julia is Co-Director for Body Narratives Collective, and Assistant Artistic Director for Dancestreams Youth Dance Company based on Vancouver Island, as well as dancing for Aeriosa, Raven Spirit Dance, and Compaigni V’ni Dansi. As a choreographer, Carr has made dances for unusual sites such as tidal flats, wetlands, gardens and living rooms as well as dances for stage performed by Dancestreams Youth Dance Company, the Ballet BC Mentor program, and independent dance artist Brigid MacAuley. Julia has also performed her own choreographic adventures, as well as collaborative interdisciplinary pieces co-authored with artists like Meghan Goodman, Even Oldridge, Siobhan Sloane-Seale and Maggie Winston. 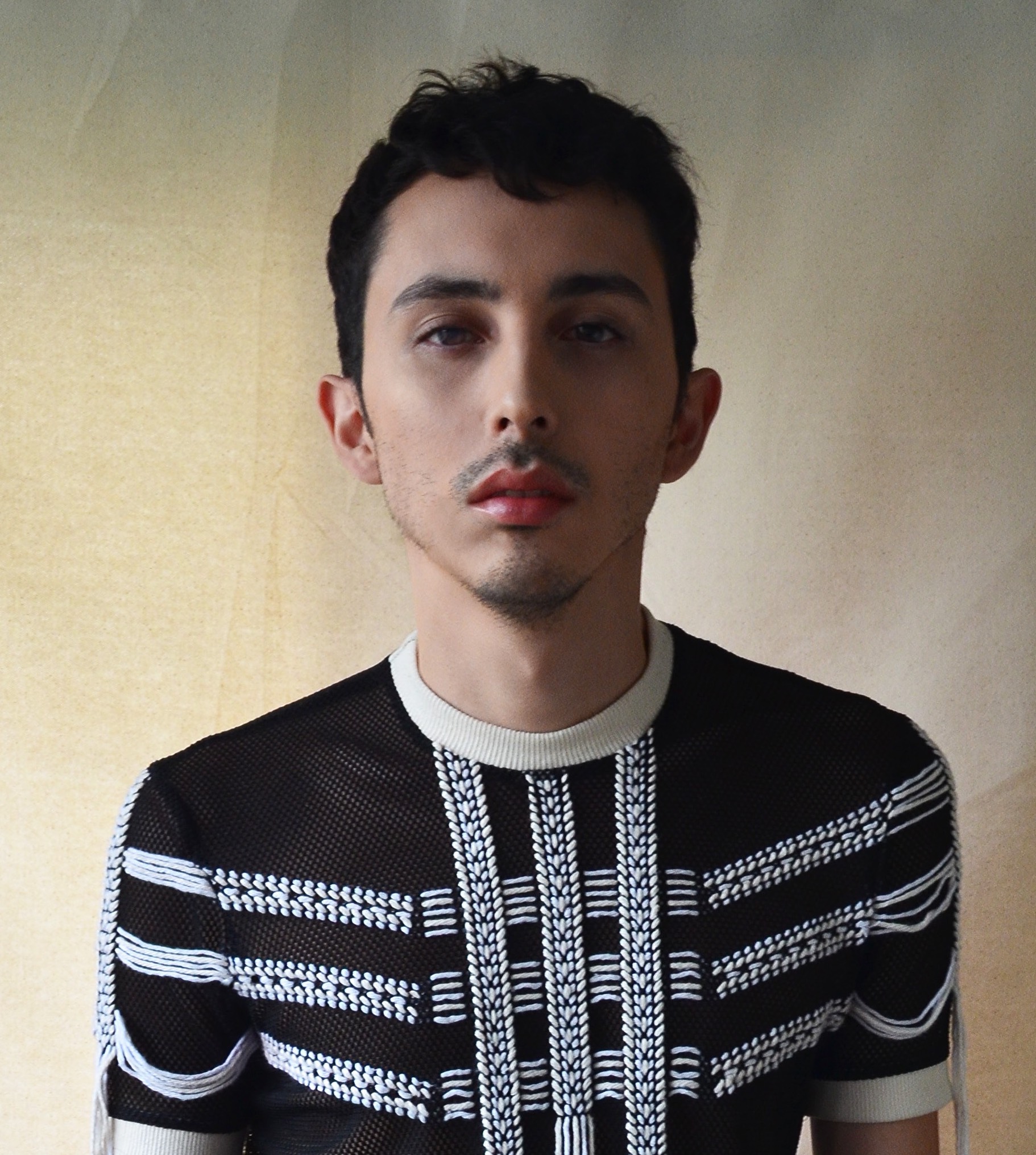 Evan was born on the traditional territories of the Anishinabe, Cree, Dakota, Métis and Oji-Cree Nations (Winnipeg, MB), and was raised in the lakeside Métis community of St. Ambroise. Growing up completely immersed in Métis culture, Ducharme has studied traditional and contemporary dance since childhood. He has performed across Canada as well as at the opening of an exhibit commemorating Métis veterans at the Canadian War Museum in France in 2010. In 2012, Ducharme completed studies at the Visual College of Art and Design of Vancouver in Fashion Design, and launched his eponymous clothing label in the same year. This past year Ducharme presented his latest collection at the inaugural Vancouver Indigenous Fashion Week. Many of his inspirations and philosophy in design derive from his Métis heritage and the naturally diverse surroundings of his traditional territory. Ducharme currently lives and works on the ancestral, traditional and unceded territories of the Musqueam, Tsleil Waututh and Squamish Peoples (Vancouver). 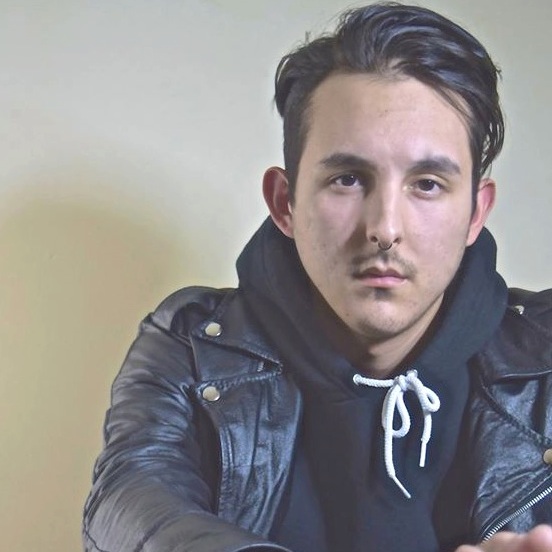 Justin was born and raised in the small Métis community of St. Ambroise, Manitoba. Proud of his indigenous heritage, he started dancing at the age of 10 and was a devoted member of the Metis dance group The St. Ambroise Youth Steppers. With them he travelled all across Canada and even France - performing and sharing their dance with the world. Living in the sometimes desolate prairies allowed him to take refuge and comfort in a love for cinema, and he became obsessed with the process of storytelling.

After graduating high school, determined to learn more about the craft, he moved to Vancouver, BC to go to film school. Taking a liking to writing, he started dabbling in screenplays and poetry, exploring & expanding his storytelling using these newly acquired skills and knowledge. Independent filmmaking has always thrilled him and he continues to relish it by creating small, low budget projects for himself and fellow young artists to collaborate on. He is inspired by the everyday complexities of human beings, their relationships and interactions with one another, but also by his upbringing, growing up in the prairies, and more importantly growing up an indigenous person of Canada. Connecting with Yvonne Chartrand through a relative - he just recently started dancing again - with the Louis Riel Métis Dancers and takes immense pleasure in learning more about Métis dance and getting back into the cultural practise that made him who he is today. 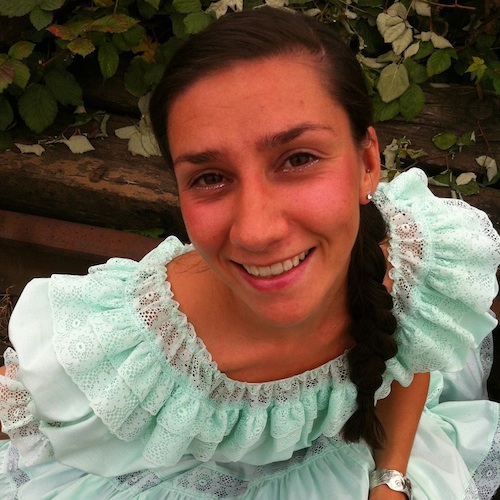 Jeanette Kotowich is a Vancouver based professional contemporary Aboriginal dance and performing artist. She holds her Bachelor of Fine Arts from Simon Fraser University, BC. Jeanette is a seasonal dancer with Dancers of Damelahamid, Raven Spirit Dance, and V’ni Dansi. Honoring her Cree Métis heritage (originally from Saskatchewan) as a source of inspiration and reference point in her work, Jeanette is passionate about investigating a blend of contemporary and Indigenous practices. 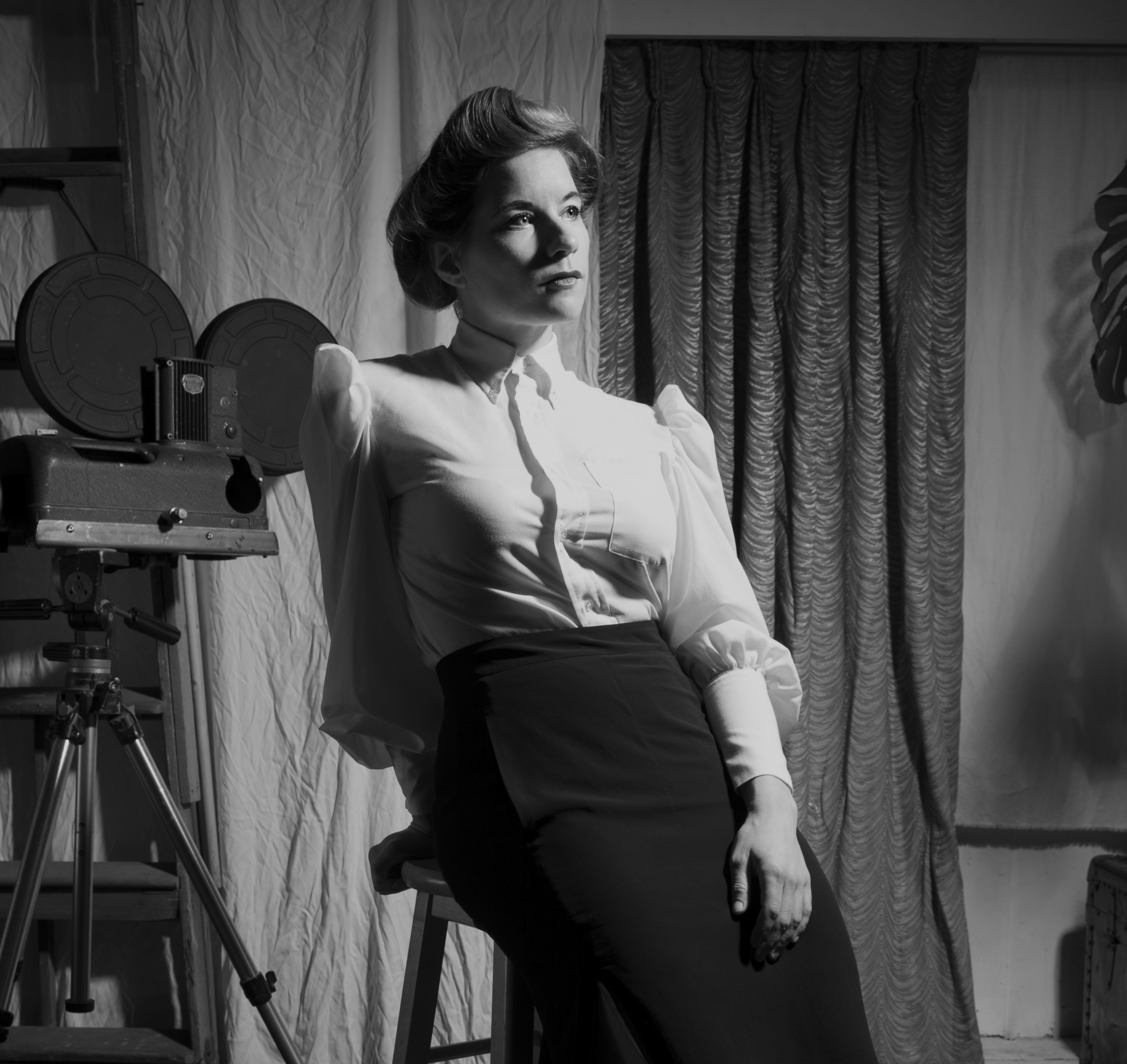 Repeatedly drawn towards massive projects, Kat is Artistic Director of the Dusty Flowerpot Cabaret Society, producer of the annual Parade of Lost Souls and is the creator director choreographer of The Scarlet Queen of Mercy and Hard Times Hit Parade, two immersive theatrical extravaganzas that sold out in Vancouver and have taken their turns touring BC with up to a 61 person cast! On a regular basis Kat has curated the Dance Centers’ 12 Minutes Maxand New Works’ Pop Up Dances, directed Crimson Coast’s Body Talks and in Vancouver Art Gallery’s FUSE, and produced Trout Lake Day Festival and In Jest Festival. In her spare time, she doesn’t have any. An honors graduate of the UBC film program and the UC Berkeley dance program, Kat found her third education in clown school, and recommends it to anyone. You can find her teaching swing dance, hosting contact dance jams, emceeing events with her infamousGloria’s Happy Hour Revue, and watch out for the debut of her feature film The Scarlet Queen of Mercy coming to the Rio this May! 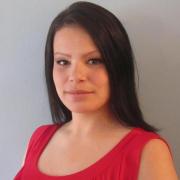 Madelaine is a dancer from Ile a la Crosse, Saskatchewan. Though her main focus is Métis dance (she's been jigging since she could walk!), she enjoys all forms including Pow Wow, contemporary, and hip hop. As well as performing for such well established organizations as Métis Nation British Columbia and Métis National Council, she also performed in the opening ceremonies for the 2010 winter olympics. Madelaine is also a teacher. She has spent the past 10 years working with the Louis Riel Métis Dancers on traditional Métis dance. Madelaine traveled to Batoche Days and won first place in her age category in 2009. When Madelaine is not dancing she can be seen modeling for Aboriginal clothing line, Artifaax Clothing and working for Women Against Violence Against Women Rape Crisis Centre as the Aboriginal Youth Facilitator.

Madelaine is very thankful for all the opportunities that have come her way since moving to British Columbia because growing up in a town as small as Ile a la Crosse, these things just don't seem possible. Her deep love of dance and firm belief in its healing powers, for the audience as well as the dancer, is what makes Madelaine McCallum such a name to look out for. 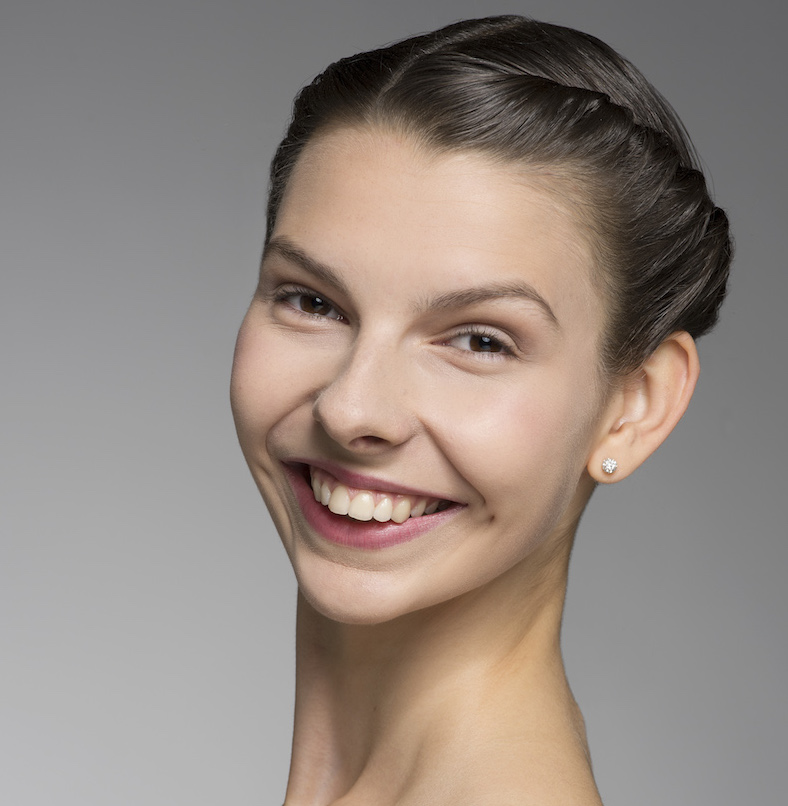 Anne Maia hails from Sápmi in northern Norway. In order to pursue her passion for dance she moved to Vancouver. She has danced with Coastal City Ballet and is currently a member of the Arts Umbrella Dance Company. She joined V´ni Dansi as an apprentice in March 2017 and is happy to be a full company member today.

As an indigenous person, she is grateful to be welcomed into the Aboriginal dancing community in Canada. She hopes to bring joy to your hearts. 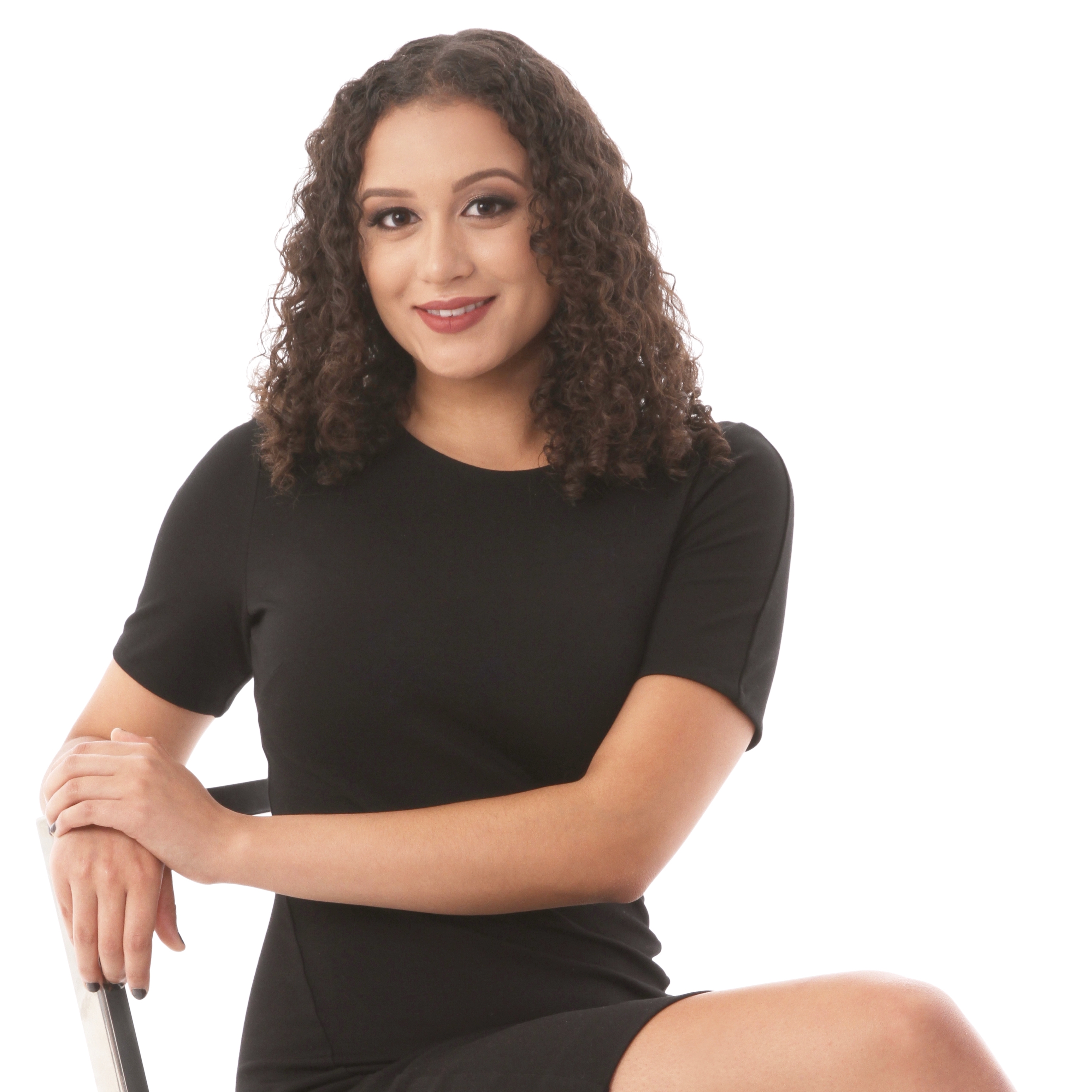 Lyric was born in Vancouver in 1999. She began dancing at the age of four and studied many styles of dance including jazz, tap, ballet, lyrical, contemporary, hip hop, Polynesian, musical theatre, stage, acrobatics, and tumbling. She is very passionate about the performing arts whether it be singing, acting, or dancing. Lyric has also been part of two musicals. She was Evillene the wicked witch of the west in The Wiz, and Ms. Potts in The Beauty and The Beast. Lyric joined V'ni Dansi in March 2017 and is honoured to be part of the company. Lyric is currently a full time student at SFU where she is studying Molecular Biology and Biochemistry. Lyric is glad to have the V'ni Dansi practices, rehearsals, and performances as they provide an environment where she can destress and just enjoy dancing.